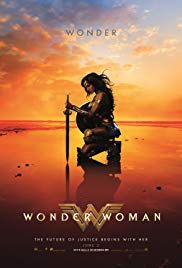 Storyline:
Diana, princess of the Amazons, trained to be an unconquerable warrior. Raised on a sheltered island paradise, when a pilot crashes on their shores and tells of a massive conflict raging in the outside world, Diana leaves her home, convinced she can stop the threat. Fighting alongside man in a war to end all wars, Diana will discover her full powers and her true destiny.
Written by
ahmetkozan
User Reviews: Wonder Woman – Saying that this is the best of the new DC films isn’t exactly glowing praise. Saying that it now currently holds my highest score of the year, however, would definitely qualify.

The dramatic and comedic tones were perfectly balanced. Such a glaring omission from the previous DC offerings was any real feeling of levity. Here, jokes were well timed and delivered even better. Gal Gadot and Chris Pine’s chemistry was automatic, making these back-and-forths all the more believable. And Lucy Davis steals the show as Pine’s secretary.

There is something to be said for the theme song of this movie. Do me a favor and try to hum the theme to the Avengers. How about Captain America? The most recent Spiderman, maybe? I might not be able to pick any of those out of a lineup. Wonder Woman’s theme is visceral and will be immediately recognizable after you’ve heard it. It’s featured in key moments of the film, adding to the weight of the already powerful action.

Similar to most of the Marvel films, this one has a weak villain. A German officer is presented as the antagonist, but I felt more like it was just war in general that they were fighting against. I definitely liked the payoff, but he was underwhelming as an adversary.

The only other negative I can think of is that there are some moments of wonky special effects. It took me back to The Matrix Reloaded where Neo is just a computer animated cartoon knocking around a dozen Agent Smiths with a stick. The effects seemed jarringly dated at times.

DC was in an absolute tailspin up to this point. The last three films received critic ratings of 55%, 27%, and 25%. This could have been the nail in the coffin. Instead, it was an absolute B12 shot to the brand and the studio itself. Box office hauls of future DC films will no doubt be bigger because of this movie. And to think I almost stayed away from this one based on Batman v Superman alone. Now, Wonder Woman is the only reason I’ll keep DC in my lineup going forward. 8.75/10.

Storyline:A Swazi girl embarks on a dangerous quest to rescue her young twin brothers. This animated African tale is born in the imaginations of five orphaned children in Swaziland who collaborate to tell a story of p...

Storyline:Vietnam veteran Leon Barlow is struggling as a writer, and his personal life isn't much better. His unsympathetic ex-wife Marilyn doesn't approve of his visits with his two children, and he has problems with...

Storyline:The document tells the story of the social media manhunt that took place in the wake of the Boston marathon bombing.User Reviews: This documentary shows the way in which we consume, and share, news in a gene...