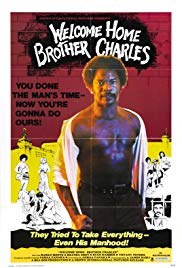 Storyline:
A proud black man does time in jail where he is subjected to heinous experiments. Once released, he goes about extracting vengeance on those who put him in prison. This includes both seducing their women and murdering them by a mysterious means. Then the hook is revealed – his murder weapon is his own genitals which are now enormous and super powered as a result of the experiments he endured in prison. You heard me right; he kills with his penis and you see it all!
Written by
Stewmungous <[email protected]>
User Reviews: This film definitely has an interesting premise, A guy whose Cock can grow at will and hypnotize women… The film itself is cheap, badly made, and the acting is Meh at best. oh and the ending sucks.

It is pretty entertaining however and once he gets his "Super power" the movie becomes hilarious. the middle of the film is fu*king amazing.

I’m not sure If i’d recommend this film, watch it for the Amazing Cock special effect scenes, the other stuff is pretty boring.