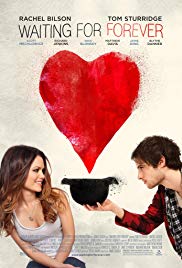 Storyline:
Since his parents died in a train crash, Will Donner refused to grow up and became an unemployed drifter, aimless except for one obsession: his undeclared love for neighborhood girl Emma Twist, whom he stalked at a distance throughout the country. When she, now an actress, returns to their home town for her terminally ill, grossly cynical father, Will stays with his unsympathetic, conventional brother Jim, whose wife and kid adore the free-spirited silly uncle, whom neighboring friend Joe and his family cheerfully put up. Now it’s time to face Emma.
Written by
KGF Vissers
User Reviews: Great little film this, was really surprised. judging by the quality and negativity of some reviews I think you need to have reached a certain maturity level to really appreciate the film.

The branding of Tom Sturridge’s character(will Donner) being a creepy stalker really is misleading, I urge people to watch the film instead of jumping on the bandwagon! The pace of the film started a little too slow, potentially causing some later scenes to be rushed that had potential to really add to the film.

Despite this, the supporting cast had enough character building(all be it light) to support the lead of the film that ultimately, has enough to deliver the story and bring a tear anyone’s eye! Providing your not going into the film having predetermined the lead as a creepy stalker, you will enjoy this film! 🙂