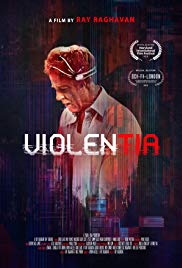 Storyline:
Dr. Adam Anderson (David Lewis), pioneer in the field of nanobiotechnology, has ambitions to use his life’s work to develop a cure for memory based cognitive disorders. Having invented a revolutionary technology that can pinpoint and recreate specific memories, his research is abruptly cut short as government funds are re-distributed in an effort to combat the severe issue of ultra-violence that plagues society. Approached by Dr. Rachel Porter (Emily Holmes) of the Mansingh Research Centre (MRC), Adam is given the opportunity to breath new life into his research, albeit taking it in a different direction entirely, as part of a government sanctioned project. He is offered the chance to test his technology on a human subject as he has so long craved to do so, recreating the memories of a psychopath in an effort to determine patterns and root causes of violent behaviour, with the ultimate goal of discovering a universally applicable treatment. After wrangling with the ulterior political …
Written by
Anonymous
User Reviews: I don’t write reviews, but this movie’s rating is artificially inflated. It’s not scripted, acted, or directed with any competence and it’s needlessly exploitative of some issues. If it keeps you guessing until the end, it’s because "Well, I guess that made no sense."

Storyline:Torture is the ultimate seduction when Victor, a powerful and dangerous millionaire, discovers that his beautiful wife Elizabeth (Kristy Swanson) is having a steamy affair with his best friend. And when the ...