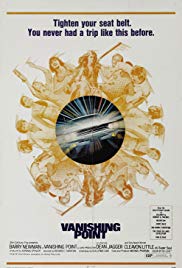 Storyline:
Kowalski works for a car delivery service. He takes delivery of a 1970 Dodge Challenger to take from Colorado to San Francisco, California. Shortly after pickup, he takes a bet to get the car there in less than 15 hours. After a few run-ins with motorcycle cops and highway patrol they start a chase to bring him into custody. Along the way, Kowalski is guided by Supersoul – a blind DJ with a police radio scanner. Throw in lots of chase scenes, gay hitchhikers, a naked woman riding a motorbike, lots of Mopar and you’ve got a great cult hit from the early 70’s.
Written by
Matthew
User Reviews: Barry Newman is "Kowalski", an enigmatic figure who has tried everything in his life from stock car racing to the military, and failed at every one of his endeavors. Working as an auto delivery man, he gets an order to transport a 1970 Dodge Challenger R/T to San Francisco, and makes a bet with a few friends that it can be done in an impossibly short time. After loading up on "ups" and throttling the car westward, he is soon pursued vigorously by the police and embraced by the public as something of a hero. During a time when national speed limits were all controversy, this film provides a compelling argument against them: A fast car in the hands of a capable driver is not dangerous. Even the police, so caught up in their own system, don’t realize that they are the only ones causing accidents and endangering the public while blindly trying to keep up with and capture Kowalski.

While the film sounds at first to be a simple action film, it’s really much more than that. Kowalksi’s past is revealed little by little through flashbacks, making the film something of a character study. Kowalski’s trip becomes a road trip of existentialism as he runs across various strange characters: Solitary hippies, gay bandits, a boogie-woogie snake handling Christian cult, and the blind soul station DJ (brilliantly played by Cleavon Little) who is attempting to guide him on his journey from within the car’s radio.

Topping it off is a great soundtrack, breathtaking cinematography and direction, and automotive action that has seen no equal. This film manages to be both compelling and exciting. Just watch it already.