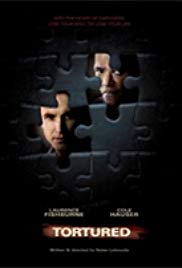 Storyline:
Jimmy, a business-like young man, enters a room where a man, the accountant for a shadowy drug lord, is shackled. Over the next week, Jimmy systematically tortures the accountant, demanding information about missing funds. The accountant denies any knowledge. In flashbacks to six months before, we see Jimmy’s joining a group of the drug lord’s enforcers, surviving brutal hazing, getting his first assignment, and keeping his cool. We also learn that Jimmy has another identity, friends in high places, and a girlfriend unhappy about both his work and his changing personality. Can Jimmy hold on to his humanity as he carries out increasingly nightmarish orders?
Written by
<[email protected]>
User Reviews: The FBI Agent Kevin Cole (Cole Hauser) works undercover under the identity of Jimmy Vaughn for the powerful drug lord Ziggy trying to find his new identity after many plastic surgeries. Jimmy is assigned to torture the accountant and family man Archie Green (Laurence Fishburne), accused of embezzling ten million dollars from Ziggy, but systematically denied by Archie. The sick torture affects the behavior of Kevin and his relationship with Becky (Emmanuelle Chriqui), who leaves him after years of marriage. But the agent keeps going on his dark mission to prove that he deserves to be promoted in FBI by his own merits and not because of the influence of his father and FBI Director Jack Cole (James Cromwell).

"Tortured" is an absurd and flawed thriller with a stupid story that explores torture, one of the favorite themes of Hollywood cinema in the present days. Cole Hauser and the cast have good performances, but the twist in the plot is unbelievably ridiculous and without sense and destroys what might have been a good thriller. My vote is five.