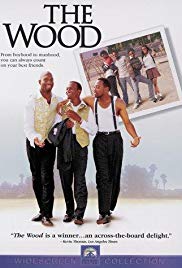 Storyline:
On the wedding day of a writer’s friend, things aren’t looking good when the groom goes missing before the ceremony. During his and his other male friend’s effort to retrieve him, that writer named Mike can’t help but tell the story of his youth with his friends. Ever since he met them on his first day at a new school, they shared the common experiences of growing up and life’s discoveries.
Written by
Kenneth Chisholm <[email protected]>
User Reviews: I had heard from several people before watching this movie that it was not as good as Omar Epps’ other work, movies like "Higher Learning" and "First Time Felon". I wouldn’t say it was as good as those two movies, but it is definately worth while. A story we all can relate to, especially us men. The story is about the trials and tribulations that a young man go through in the hood, or should I say "the wood". The movie deals with how boys interact with girls at a young age, and it does so very realistically. The acting is impeccable, the characters are incredibly real and the way the story is told is very charming. The movie has humor and drama mixed together beautifully. I think this is a movie everyone should see.