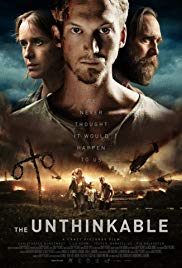 Storyline:
In Swedish film collective Crazy Pictures feature “Den blomstertid nu kommer” Sweden faces a mysterious attack while Alex tries to reunite with his youth love, Anna.
User Reviews: I cannot believe this movie has not been reviewed yet???

I’d been waiting to see this ever since the trailer came out some months ago.
Tonight….I was not disappointed.

Even before the threat rears it’s ugly head this is a beautiful film.

The tension increased at a slow but perfect pace.
Acting, action sequences (no OTT Hollywood bull), the music…all top notch.

I understood around 70% of the Swedish (thank god it was texted too) but the way it was filmed…I missed nothing, it was easy to follow.

I’d go as far as to say this is the movie that has gripped me the most this year so far, and considering my fondness for Marvel films, that’s saying something.

Storyline:John and Ninni - both heirs to their own individual amusement parks - fall in love amidst the whirling world they both inhabit. A forbidden love, a war between two families, puts their love and loyalty to th...

Storyline:In need of a shakeup on her home-makeover TV show, star Hannah is sent to her small New England hometown to renovate the historical Lewisburg Manor. When old flame Jeff is assigned to make sure Hannah's desi...

Storyline:Dong-Chul and Ji-Soo are a happily married couple. One day, Dong-Chul comes home to find his house in disarray and his wife is missing.User Reviews:

Storyline:Iconic comedian Louie Anderson, a three­-time Emmy Award® winner, and one of the country’s most recognized and adored comics, brings you his sixth comedy special, Big Underwear. Named by Comedy Central as Us...