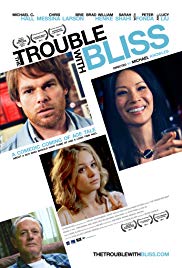 Storyline:
A comedy/drama about 35-year-old Morris Bliss, who is clamped in the jaws of New York City inertia: he wants to travel but has no money; he needs a job but has no prospects; he still shares an apartment with his widowed father; and perhaps worst of all the premature death of his mother still lingers and has left him emotionally walled up. When he finds himself wrapped up in an awkward relationship with the sexually precocious, 18-year-old daughter of a former classmate, Morris quickly discovers his static life unraveling and opening up in ways that are long overdue.
Written by
Anonymous
User Reviews: Despite the mediocre rating we decided to watch this and were surprised. It’s quite a bit better than the rating. The well acted, odd storyline kept us interested. The main character is seemingly an unmotivated mid-thirties flunky who evolves throughout the film, but not how you might expect. Despite his lack of redeeming qualities he somehow draws you in. Perhaps it is his innate charm, or his boyish qualities and laissez faire approach. His quirky teen-aged girlfriend simultaneously provokes and entices, impossible to predict – nearly. This is not a formulaic Hollywood piece, though the film does not exactly break new ground either. Enjoy!! We did.