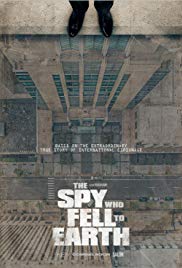 Storyline:
Ambitious historian unmasks the worlds greatest spy, setting in motion the events leading to his mysterious death.
User Reviews: Tells the story of Ashraf Marwan, a spy "unmasked" by British historian Ahron Bregman (or, perhaps, someone that Ahron Bregman feels he has unmasked — with some help from Eli Zeira, the director of Israeli military intelligence during the Yom Kippur War).

The director, Tom Meadmore, makes a solid effort to tell both sides of the story and remain impartial — leaving the ‘double-agent’ vs ‘not double-agent’ up to the viewer and should be commended for such, given the details of this particular case.

One could potentially argue that there could be some sort of reverse-bias in play, in that one tries to be so impartial that glaring inconsistencies or absurdities are downplayed in order to play up the ‘mystery’.

The one "slip" (if you could call it that) would be the rather telling question that Tom Meadmore asks Mr. Bregman toward the very end of the documentary — but it was something on my mind & probably for many other viewers by that point. I think it needed to be said.

Recommended, enjoyed it throughout.