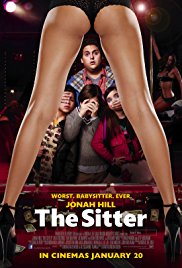 Storyline:
Noah is not your typical entertain-the-kids-no-matter-how-boring-it-is kind of sitter. He’s reluctant to take a sitting gig; he’d rather, well, be doing anything else, especially if it involves slacking. When Noah is watching the neighbor’s kid he gets a booty call from his girlfriend in the city. To hook up with her, Noah takes to the streets, but his urban adventure spins out of control as he finds himself on the run from a maniacal drug lord.
Written by
20th Century publicity
User Reviews: Contrived? Oh yes. Predictable? Very. Outrageously fun with a good heart to the characters? YES

Before watching it I saw that 99% of critics( and viewers by the looks of it) hated this movie with a passion. They complained it was "predictable" and "unfunny". Well, so what if it was predictable? Most movies are, answer me this how many movies have you seen where you were genuinely surprised at the ending. So naturally, my expectations were lowered. But I thought the acting by the children was really good and Jonah Hill was as funny as usual. Also, it dealt with a prevalent issue in many kids’ lives, coming out as gay. It dealt with this in a respectful and not overly-sentimental way.

Basically this movie is not trying to bag an Oscar and it is not high- art melodrama stuff and it’s not even close to being one of my favourite films. So watch it if you like a good,rowdy comedy.

Storyline:Tess is a young fashion designer who develops a strong bond with a fellow passenger during a ride-sharing trip. However, she soon realizes that her new friend has a dark agenda - making sure that Tess never ...