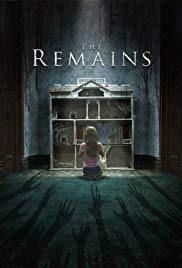 Storyline:
After a family moves into an old Victorian home, they discover a chest in the attic containing antiques tainted by a malevolent spirit. As the antiques slowly possess each family member, the spirit grows stronger, hellbent on kidnapping the children.
User Reviews: A family moves house after the death of the mother, only to find themselves trapped by the history of their new home as an evil spirit takes over …

Standard haunted house tale, so it needs a bit of spice and cleverness to impress. The outstanding feature is the photography, with plenty of angles and movement and depth and detail. But they might regret the decision to light almost the entire movie brightly – shadows often obscure a horror tale, but this one needed more.

The acting was OK, especially the little girl, although even she struggled with some lifeless dialogue. And I think that’s where the problem is – the writing and direction. The origin story didn’t play through, and we weren’t led to the source of the evil. Some crucial scenes were handled badly and turned out underwhelming. Plus there were some spots where dialogue was repeated to no extra effect, and one of the female characters could have been folded into another without harming the story.

The music was pretty good, but laid on too thick.

So it’s a first time feature for the director/writer. A bit sloppy, and lacking conviction. But it definitely doesn’t deserve one star ratings.

ps. The cinematographer has a similar movie in production, so that could be interesting.