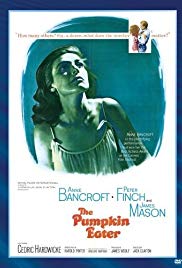 Storyline:
Film screenwriter Jake Armitage and his wife Jo Armitage live in London with six of Jo’s eight children, with the two eldest boys at boarding school. The children are spread over Jo’s three marriages, with only the youngest being Jake’s biological child, although he treats them all as his own. Jo left her second husband Giles after meeting Giles’ friend Jake, the two who were immediately attracted to each other. Their upper middle class life is much different than Giles and Jo’s, who lived in a barn in the English countryside. But Jo is ruminating about her strained marriage to Jake, with issues on both sides. Jo suspects Jake of chronic infidelity, she only confronting him with her suspicions whenever evidence presents itself. And Jo’s psychiatrist believes that Jo uses childbirth as a rationale for sex, which he believes she finds vulgar. These issues in combination have placed Jo in a fragile mental state. They both state that they love the other, but neither really seems to like …
Written by
Huggo
User Reviews: Anne Bancroft gives a brilliant performance in this undeservedly little known movie. It is a triumph of collaboration. Director Jack Clayton directs a uniformly superb cast. Harold Pinter crafted a superb screenplay based on a Penelope Mortimer story. The cinematography is breathtaking. And if one is going to be troubled, as the Bancroft character is, o! To be troubled with an accompaniment of music written for one by Georges Delerue! Bancroft is depressed, verbally abused, highly sensual. Sometimes she is got up like Audrey Hepburn and looks chic indeed. At other times she lets her hair down, figuratively and literally as well, and is very erotic. A scene between her and her husband, beautifully played by Peter Finch, is one of the most plausibly erotic scenes I’ve ever seen.

The sound editor gets high praise too: Bancroft’s problem is, on the surface, her desire to have one child after another and to surround herself with children. Particularly in the earlier scenes, when kids are running around the house, their voices are not distinguished individually. All blend in as a din that would indeed be maddening.

James Mason’s character is slightly overdone and he’s filmed in extreme close-up in a way pioneered by David Lean in "Brief Encounter." He is one of the great actors in movie history, though; so his presence is welcome.

The supporting cast is uniformly excellent. Maggie Smith is — well, not yet the Maggie Smith we know but just right in an integral role. And Yootha Joyce is properly shocking as a woman sitting beside Bancroft at the beauty parlor who suddenly begins to harangue her.

This is a woman’s story. Not being a woman, I can’t say fore certain. But Pinter and Clayton have provided Bancroft with the tools to live out this woman’s story for us in the most intimate detail.

Storyline:One of the greatest playwrights of the 20th century, Arthur Miller created such celebrated works as Death of a Salesman and The Crucible, which continue to move audiences around the world today. He also made...

Storyline:The 4th film in the Godzilla franchise restores the serious tone of the original Godzilla film. A greedy developer has placed huge machines to suck dry a part of the ocean near Tokyo so he can build luxury c...

Storyline:The 5th film in the original Godzilla franchise marked a turning point in the series. Godzilla, Rodan and Mothra must put aside their quarrelsome ways to become allies and defend earth from 3 headed Dragon ...

Storyline:A reclusive novelist struggles to find romance and meaning in his life despite disastrous and comedic circumstances.User Reviews:

Storyline:Richard Cooper is a married man and father of two who is just plain bored with married life. Not getting any sex from his wife, he resorts to ogling random women on the street to the point that he takes lunc...

Storyline:Freshman Neil's Vanguard stories are all he cares about...until he meets the older Julia, who pushes him to put his own fan fic online. When the website's moderator takes a special interest in Neil's work, i...

Storyline:Radio psychologist Jack Black takes his children Joshua and Ashley on a 'vacation' to a lake in British Columbia. While he grinds away at work the children discover that the famous local lake monster User Re...