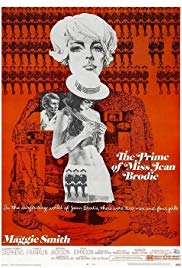 Storyline:
A liberated young schoolteacher at an Edinburgh girls’ school in the period between the two wars, instructs her girls on the ways of life. Ignoring the more mundane subjects, she teaches them of love, politics and art. Her affairs with two male teachers become known and she finds herself fighting to keep her job. She believes that she can always count on the 100% support of her favourite pupils, but one of them does not feel that Miss Jean Brodie is in her “prime” any more. No longer swayed by her teacher’s eloquence, she begins to learn about life and love herself.
Written by
Rhino <[email protected]>
User Reviews: Maggie Smith was already a major star in her native England and 4 years before she had earned an Oscar nomination in the supporting category for her Desdemona in "Othello" with Laurence Olivier but her Jean Brodie arrived to revolutionize everything, specially her own career. She won an Oscar and her win was considered one of the great upsets in the Academy’s history. Watching The Prime Of Miss Jean Brodie 48 years after its original release, told me that the Academy got it right then. Her performance is, quite simply, extraordinary. She’s not playing a regular human being, no, she’s playing a sort of benign monster, full of good intentions but, goodness, she’s mad, mad as a hatter and from that point of view, she’s truly dangerous. Maggie Smith goes for it, body and soul, Her confrontation of her superior, played magnificently by Celia Johnson, is of such power that I had to rewind immediately and see it again once, twice, three times. Superlative.

Storyline:A series of unexplainable accidents befall the people and companies responsible for developing the world's first supersonic airliner. A British agent is sent to investigate and with the help of another agent...

Storyline:Quebec Bill Bohomme is a hardy schemer and dreamer, who, desperate to raise money to preserve his endangered herd through the rapidly approaching winter, resorts to whiskey-smuggling, a traditional family oc...

Storyline:Yukie, the well-bred daughter of a university professor, is shocked when her father is relieved of his post for his political teachings, and even more so when her lover, one of her father's students, is arre...

Storyline:Salamanca, Spain, 1936. In the early days of the military rebellion that began the Spanish Civil War (1936-1939), writer Miguel de Unamuno supports the uprising in the hope that the prevailing political chao...

Storyline:The murder of her father sends a teenage tomboy on a mission of 'justice', which involves avenging her father's death. She recruits a tough old marshal, 'Rooster' Cogburn because he has 'true grit', and a re...

Storyline:The Bounty leaves Portsmouth in 1787. Its destination: to sail to Tahiti and load bread-fruit. Captain Bligh will do anything to get there as fast as possible, using any means to keep up a strict discipline....