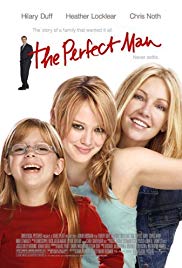 Storyline:
Teenager Holly Hamilton is tired of moving every time her single mom Jean has another personal meltdown involving yet another second-rate guy. To distract her mother from her latest bad choice, Holly conceives the perfect plan for the perfect man.. an imaginary secret admirer who will romance Jean and boost her shaky self-esteem. When the virtual relationship takes off, Holly finds herself having to produce the suitor, borrowing her friend’s charming and handsome Uncle Ben as the face behind the e-mails, notes and gifts. Holly must resort to increasingly desperate measures to keep the ruse alive and protect her mom’s newfound happiness, almost missing the real perfect man when he does come along.
Written by
Helen Waite
User Reviews: To my dismay, this was a good movie! It was funny, incredibly cute, and super underrated! The critics described this movie to be: Perfectly dreadful, 1/10, and "How many blonds does it take to make a crappy movie; apparently 3! And I believed them! I was so naive at that time! But when I was in Newfoundland my aunt had burned this movie and my older sister wanted to watch it. I just said whatever and I thought I would fall asleep. I didn’t. I really liked the character Amy because she was very funny and very pretty. This movie had a great plot! I loved this so much we both watched it again. Yes, it was great! This also had one great screenplay. I liked how Holly wanted to make her mom happy so she did that, which was wrong, but nice. I also liked the friendship between Holly and Amy. I could definitely see a life long friendship between the two because they really seem to get along and they became great friends. And I really thought Vanessa’s(Amy’s) fake New York accent was pretty convincing. She pulled off the role of a New Yorker, when she is really a Canadian.

The character Zoey was adorable and I just wanted to pick her up because she was so cute. I really liked Lenny too. He was pretty funny and he was somewhat annoying. If I was the mom, I wouldn’t date that guy in a million years! I know that sounds shallow but it really isn’t, Lenny is funny but is still a little bit of a cocky jerk. Even though he has nothing to be cocky about(except for his hot ride) I would probably go out with Ben(if I was like 30 years older!) because he is a nice man. I was impressed with this film and you will be too. Rent it, please.