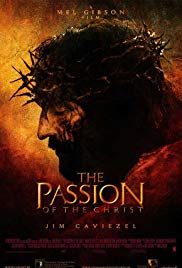 Storyline:
A depiction of the last twelve hours in the life of Jesus of Nazareth, on the day of his crucifixion in Jerusalem. The story opens in the Garden of Olives where Jesus has gone to pray after the Last Supper. Betrayed by Judas Iscariot, the controversial Jesus–who has performed ‘miracles’ and has publicly announced that he is ‘the Son of God’–is arrested and taken back within the city walls of Jerusalem. There, the leaders of the Pharisees confront him with accusations of blasphemy; subsequently, his trial results with the leaders condemning him to his death. Jesus is brought before Pontius Pilate, the prefect of the Roman province of Judaea, for his sentencing. Pilate listens to the accusations leveled at Jesus by the Pharisees. Realizing that his own decision will cause him to become embroiled in a political conflict, Pilate defers to King Herod in deciding the matter of how to persecute Jesus. However, Herod returns Jesus to Pilate who, in turn, gives the crowd a choice between …
Written by
Anthony Pereyra {[email protected]}
User Reviews: I can’t believe I didn’t write a review after seeing this, but I must have incorrectly presumed I did. With so many other reviewers by now, I’ll make my points as brief as possible.

GOOD – Kudos for someone finally presenting an accurate account of Christ’s sufferings, as gruesome and horrible as they were, although, if you read the Gospel accounts in the Bible, it was even worse than shown on this film. Jesus’ face was beaten to a pulp and "unrecognizable" so keep that in mind if you think the film overdid the beatings. However, the overall effect is that there isn’t anything sanitized in this film; it’s an according-to-the-Book account and after you see this on film, it shakes you up.

I heard that people were so stunned they couldn’t speak for about a half hour after coming out of the theaters. I thought that was probably exaggerated, but it wasn’t. I felt the same way, just stunned at what I had witnessed. As a Believer, it was something I needed to see to remind me of what this God-in the flesh human voluntarily went through. For non-Believers, scoffers or whatever, I don’t know what your reaction was to the film but for me, it was a humbling, sobering experience.

THE BAD – The unrelenting brutality against Jesus the last three-quarters of this film is so bad that, frankly, I would hesitate before ever watching this again. One viewing is enough. I am amazed so many people sat through this, including Christians. I wish director/producer Mel Gibson had shown more of Christ’s resurrection instead of centering 99 percent of this movie on his suffering, although I understand Mel’s point. However, all of Jesus’ claims and sufferings are meaningless without the resurrection, so why not emphasize that instead of just tacking it on for the last minute or two? Just asking.

It’s a cliché, but this is a film you won’t soon forget, but I would add to that, one you probably won’t want to watch multiple times.