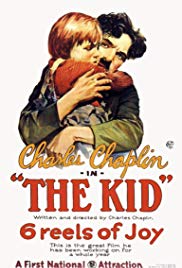 Storyline:
The opening title reads: “A comedy with a smile–and perhaps a tear”. As she leaves the charity hospital and passes a church wedding, Edna deposits her new baby with a pleading note in a limousine and goes off to commit suicide. The limo is stolen by thieves who dump the baby by a garbage can. Charlie the Tramp finds the baby and makes a home for him. Five years later Edna has become an opera star but does charity work for slum youngsters in hope of finding her boy. A doctor called by Edna discovers the note with the truth about the Kid and reports it to the authorities who come to take him away from Charlie. Before he arrives at the Orphan Asylum Charlie steals him back and takes him to a flophouse. The proprietor reads of a reward for the Kid and takes him to Edna. Charlie is later awakened by a kind policeman who reunites him with the Kid at Edna’s mansion.
Written by
Ed Stephan <[email protected]>
User Reviews: While perhaps not as celebrated now as some of Chaplin’s later features, "The Kid" is an excellent achievement and a thoroughly enjoyable film. Charlie and young Jackie Coogan make an entertaining and unforgettable pair, and there is a lot of good slapstick plus a story that moves quickly and makes you want to know what will happen. Chaplin also wrote a particularly good score for this one, and most of the time the music sets off the action very nicely.

While it’s a fairly simple story, this is one of Chaplin’s most efficiently designed movies. Every scene either is necessary to the plot, or is very funny for its own sake, or both. Except for Chaplin and Coogan, most of the other characters (even frequent Chaplin leading lady Edna Purviance) are just there to advance the plot when needed, and the two leads are allowed to carry the show, which they both do extremely well.

"The Kid" is also impressive in that, while the story is a sentimental one, it strikes an ideal balance, maintaining sympathy for the characters while never overdoing it with the pathos, which Chaplin occasionally lapsed into even in some of his greatest movies. Here, the careful balance makes the few moments of real emotion all the more effective and memorable.

This is one of Chaplin’s very best movies by any measure. If you enjoy silent comedies, don’t miss it.