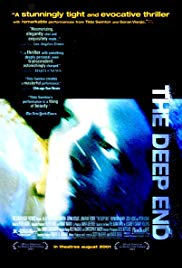 Storyline:
With her husband perpetually away at work, a mother raises her children virtually alone. Her teenage son is testing the waters of the adult world, and early one morning she wakes to find the dead body of his gay lover on the beach of their rural lakeside home. What would you do? What is rational and what do you do to protect your child? How far do you go and when do you stop?
Written by
Sujit R. Varma
User Reviews: The myriad effects of the natural instincts of a mother are at the heart of this film, which explores the positive aspects, as well as the inherent flaws of those same instincts. The ways in which an ordinary person will react under extraordinary circumstances often produces results that are most inexplicable; and when it’s a mother responding to a situation in which her son is involved, the results may, in fact, be absolutely incomprehensible. And in such cases, decisions made quickly in the shadows of the subjective are often revealed as unconscionable in the cold light of objectivity, a scenario examined by writers/directors Scott McGehee and David Siegel, in their tension laced drama, `The Deep End,’ starring Tilda Swinton.

Margaret Hall (Swinton) lives with her family in a picturesque lakeside home in Tahoe City, Nevada; but her life is about to become less than that offered by her distinctive surroundings. Her husband is away at sea on an extended tour of duty, and the care and responsibility of raising their three children has fallen to her. And all is not well. Her seventeen-year-old son, Beau (Jonathan Tucker), an aspiring musician who hopes to garner a scholarship to study music at college, has become involved with a man, Darby Reese (Josh Lucas) who owns a bar, The Deep End; and once she is aware of it, it’s a situation of no little concern for a mother.

For her son’s welfare, Margaret knows that this relationship– whatever the context– must end, and she goes to Reese, insisting that he leave her son alone. There is some question as to whether or not he agrees, but regardless, late that night he shows up at Margaret’s home, where he entices Beau to come outside with him. Things go badly, and by the next morning, Margaret is embroiled in a situation beyond her wildest nightmares. Blinded by fear and concern for Beau, she does something out of character for any rational person, yet within the parameters established by the unconditional love of a mother for her son. It’s an act that brings more bad news to her doorstep, in the form of a man named Alek Spera (Goran Visnjic). And it’s the beginning of a series of events that will take her into places darker than any she has ever known.

McGehee and Siegel adapted their screenplay from the novel `The Blank Wall,’ by Elisabeth Sanxay Holding, and it’s a taut thriller, to be sure; but it is so singular of purpose that it decidedly becomes more of a character study that focuses on Margaret, and the effects of that natural bond between mother and son that provides the catalyst for her motivation and the impetus of her actions. It’s a story that clearly illustrates how even the most discerning individual (and most especially a mother) will abandon reason in the heat of the moment, giving way to the most primitive and basic instincts for survival that are inherently a part of the human condition. And though MeGehee and Siegel maintain the tension of the situation throughout the film, it does wear a bit thin along the way, and at least one pivotal element of the plot is questionable, and strains the credibility of the overall story. The real interest of the film, however, is the study of what the mother/son relationship is really all about, and how affecting it can be, especially under extreme circumstances.

What really makes the film work, though, and what maintains interest, is the performance by Tilda Swinton as Margaret. And it’s quite a feat, given the fact that the emotional boundaries she is given to explore are somewhat limited, as the conflict begins even as the film begins, and Margaret is driven on and presented in an emotional state that gives her very little latitude in which to operate. To her credit, however, Swinton finds all of the variables one could expect in what is basically a lone emotion, which encompasses concern and apprehension, and she conveys them admirably; it is, in fact, what keeps the film afloat. Her portrayal of Margaret is subtle, concise and introspective, and most importantly, comes across quite naturally; all of which makes her character and her actions– which on the surface and in the cold light of day may seem questionable– convincing.

As Alek, Goran Visnjic gives a solid performance, though it somewhat lacks the kind of emotional depth that could have made this character more than what it is. Whether it is the way the character was written, or the way it was acted, there is an ambivalence to Alek that makes him less than believable. He looks good on the surface, and Visnjic does have some nice touches, but he doesn’t tap into the absolute credibility that he needs. And it makes one aspect of the film seem a little too pat, as if the character is there merely as a means to an end, to help the story along and tidy up the resolution. It’s a minor weakness, not worthy of blame; suffice to say that something apparently was missed in the translation of the material from page to screen. In retrospect, Visnjic does a good job with what he is given to work with.

In a smaller, but pivotal role, Josh Lucas gives a good performance as Reese, creating a character that is repugnantly smarmy, a guy whose influence over one’s son would be any mother’s nightmare. Lucas does exceptionally well in this regard, and with comparatively little screen time; he uses his time well, however, as it is the nature of his character more than anything else that gives credence to Margaret’s actions.

The supporting cast includes Peter Donat (Jack), Raymond J. Barry (Carlie), Tamara Hope (Paige) and Jordan Dorrance (Dylan). As a thriller, this one has merit; but viewed as a character study/drama, `The Deep End’ is even more engrossing. It’s flawed, but it’s still smart, thought provoking entertainment– the magic of the movies. 7/10.