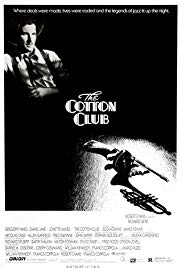 Storyline:
The Cotton Club was a famous night club in Harlem. The story follows the people who visited the club, those who ran it, and is peppered with the Jazz music that made it so famous.
Written by
Colin Tinto <[email protected]> with corrections by BSmith
User Reviews: One gets the sense that ‘The Cotton Club (1984)’ will improve upon repeat viewings, once you’ve become accustomed to what director Francis Ford Coppola was attempting. After all, this is a gangster film from the man who brought us ‘The Godfather (1972)’ and its sequels what else could we expect but another Corleone saga? The film we’re delivered is nothing of the sort, a testament to the director’s constant willingness to take risks and experiment with new ideas. Indeed, rather than trying to emulate Coppola’s former successes, ‘The Cotton Club’ could more accurately be described as a "gangster musical," a realisation that took me until the film’s second half. Do those two genres even go together? Perhaps taking inspiration from Herbert Ross’ ‘Pennies from Heaven (1981)’ and the mini-series on which it was based the film blends the ugly brutality and corruption of the Prohibition- era with the dazzling bright lights of the Cotton Club, Harlem’s premiere night club. It is this deliberate but uneasy juxtaposition of reality and fantasy that fuels Coppola’s vision, an ambitious undertaking without a dominant focus.

The film’s major storyline concerns Dixie Dwyer (Richard Gere), a comparatively ordinary jazz musician who unexpectedly finds himself associating with organised crime boss "Dutch" Schultz (James Remar). Dixie is interesting because, unlike your typical hero consumed by the allure of amoral riches, he always remains peripheral to the world of gangsters; he observes, with disapproval, its dishonesty and depravity, but rarely finds himself a part of it. In fact, the closest he ever comes to being a gangster is in Hollywood, where he shares the sort of film roles that made James Cagney and Edward G. Robinson famous. Coppola might have been offering a commentary on the inherently romanticised version of reality offered by the movies, but his "real world" of gangsters is scarcely less stylised. The seedy underbelly of organised crime is paradoxically depicted as taking place in the classiest locales in Harlem, where the crime bosses consume the best alcohol and mix with Hollywood’s elite talent (Chaplin, Swanson and Cagney among the featured patrons).

Proving further that Coppola wasn’t attempting to replicate his Corleone saga, ‘The Cotton Club’ also features a rather extraneous subplot with Maurice and Gregory Hines as African-American tap-dancers vying for the "big-time" at the Cotton Club, where (in a bizarre discriminatory switch) only black performers are hired. The regular cross-cutting between this story and Dixie Dwyer’s doesn’t quite work, and, in any case, the taut romance between Dwyer and tough-girl Vera (an absolutely gorgeous Diane Lane) is much more involving than that between Sandman Williams (Gregory Hines) and mixed-race dancer Lila (Lonette McKee). Among the film’s impressive supporting performers are Bob Hoskins and Fred Gwynne as crime associates, Nicholas Cage as an overly-ambitious young thug, Laurence Fishburne as black crime boss Bumpy Rhodes, and James Remar, playing a sleazier and less identifiable version of Dutch Schultz to Dustin Hoffman in ‘Billy Bathgate (1991).’ The premiere gangster film of 1984 was Leone’s ‘Once Upon a Time in America (1984),’ but, despite being runner-up, nobody can accuse Coppola of playing it safe.

Storyline:Shortly after returning home one evening with her husband, Alma is visited by her one-time lesbian lover Carole. In the ensuing emotional torrent, Alma allows herself to be abducted by Carole and taken to a ...