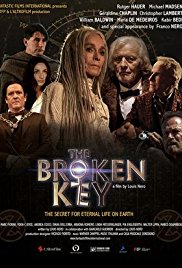 Storyline:
In a near future, due to the effects of an uncompromising law on the eco-sustainability of supports, paper has become a rare item, a luxury possession. Printing is now a crime. Libraries have turned into inaccessible museums. Everything is floating, in a stream of data running in the ether, reaching every tablets and smartphones thanks to a fast net created and universally controlled by the “Big Z”: Zimurgh Corporation. On the background of this realistic vision of the future, our sci-fiction/thriller movie is developing, in the suggestion created by a future vision of Turin, still a fascinating, esoteric and mysterious town. A series of murders followed by many clues will lead the protagonist, a British scholar of ancient Italian origins – new Adam and revived Arthur King – to walk on the path traced, so many centuries before, by Dante Alighieri and by the painter Hieronymus Bosch. The brave Arthur J. Adams will discover that the motive of the murders is the unstoppable will to …
Written by
Louis Nero
User Reviews: The average rating of 4.x on this movie is generous. The writing is as bad as the written movie summary. The acting is non-existent, as the roles require nothing in this area. The story line is vaporous and plot non-existent.

The only positive point of this movie is rather good CGI… but these days such can be cranked out of someone’s home computer using Blender, and gets no stars from me in the light of everything else in the film.

It is reasonable to assume most viewers will find this an incredibly long 2 hours. This movie just drags on, more so than most movies we’ve seen of this kind. It’s not just bad, it’s slow and bad.

Rutger Hauer seems to have a knack for choosing the worst roles these days. He brings his usual stoic half-humor to the role, but even that can’t raise this film above 2 stars for me. This is definitely a "pass it by" film, with the non-audience better off for choosing to do so.

Storyline:Udo Kier is without a doubt the sickliest of vampires in any director's interpretation of the Bram Stoker tale. Count Dracula knows that if he fails to drink a required amount of pure virgin's [pronounced "w...

Storyline:The young lion tamer Tairo is unhappy with his present life situation. He uses the loss of his talisman to make a trip through Italy searching for the man, who gave it to him a long time ago.User Reviews:

Storyline:After a sudden and utterly devastating attack by the Klum, the technologically superior reptilian alien race, the Earth of the not-so-distant 2020 suffers from extensive terraforming, severe atmosphere alter...

Storyline:Brian and Jenny are preparing for the big opening of their bed and breakfast, Emily's Country Inn, when a huge storm hits Bucks County. Brian agrees to return to Wall Street to boost their funds, while Jenny...

Storyline:For thousands of years, the Great Plains were home to countless numbers of American bison, but in the late 1800s, the number of bison dropped from nearly 30 million to just a few hundred in less than 100 yea...