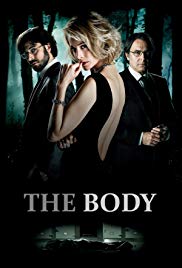 Storyline:
In the middle of the night, a guard working the night shift at a morgue located deep in the woods has a terrible car accident. But, why did the guard panic and left his post in the first place? Furthermore, according to the register, the body of Mayka Villaverde–a beautiful and affluent businesswoman–is mysteriously missing from the morgue. Presumably, Mayka died of a heart attack; nevertheless, who signed the death certificate, as her autopsy is still pending? In the end, there is a general principle in forensic medicine which specifically states that every death is a homicide until proven otherwise. But, finding out who is behind this fiendishly difficult case is going to be an arduous task. Can Inspector Jaime Peña get to the bottom of it?
Written by
Nick Riganas
User Reviews: A very exciting thriller with many interesting and surprised fluctuations which probably even had puzzled Hitchcock but also made him proud.

The film is very classic, almost old-fashioned, and it flirts healthy and often with particularly mentioned the horror master. The story moves very smoothly between Film Noir, and more traditional contemporary thriller.

"The Body" is about a woman’s dead body disappears from the morgue. The husband of the deceased woman, quickly becomes a target of both, the murder of his wife and stealing the body. He was called to the scene to assist with the investigation. The interrogations led by the right shady Commissar, with his own dim past and hearings interspersed with flashbacks of the couple’s life, which is played in various flashbacks.

Everything takes place in a proper rainy night in the morgue and the surroundings could hardly be more nasty and claustrophobic. The film really works admirably well and fooling with the viewer, exactly where it wants. The script is well written and although certainly a gap or two can be found, don’t bother to look when you are in the middle, instead of being frightened and follow the clues presented.

The film is directed by Oriol Paulo, who two years ago-wrote sovereign "Julia’s Eyes" in which Belen Rueda plays Julia and in "The Body" she plays the unsympathetic Mayka (the deceased), an incredibly believable performance. There are good actors in all roles and although sometimes the commissar is near the border of caricature so successful balancing act and it never gets too much.

The last scene when everything unraveled is somewhat contrived. Everything needs was not unfolded and some unanswered questions are good to keep a little spice, but despite the somewhat pedagogical explanations in the end, everything leading up to it wonderfully confusing and nerve wracking as well, as I really hope to get jump-to more such films by Oriol Paulo ahead.

Storyline:Jerónimo is an antisocial person who rents rooms to foreign people, and then registers their belongings. Sanna, a beautiful and funny Nordic girl arrives at Jerónimo's house, bringing a breath of fresh air t...

Storyline:Mauro Bosque was an adventurer who disappeared into the forest of Belize while filming an episode of his popular web-series, The Woodsman. What happened in those woods was a mystery until now. This is the st...

Storyline:Tania, an asylum patient, is under the doctor's care while suffering raging behavioral effects that follow the death of her exorcised mother.User Reviews: A doctor joins the staff of a women's insane asylum ...

Storyline:Looking for a good time, two friends on a trip to Barcelona befriend a couple of girls but it's not fun they find, instead they get trapped in a house haunted by a devilish ghost bent on tearing apart anyone...

Storyline:A group of Russian tourists go on a shopping spree to the neighboring Finland - only to be attacked by the Finnish cannibals. We focus on a middle-aged woman and her teenage son who is shooting the film, as ...

Storyline:After six beautiful years of relationship, the loving couple of Luisa and Alberto decide to move to the province along with their young son, with the intention to have their second child away from the city's...