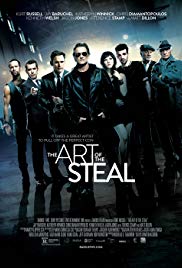 Storyline:
Crunch Calhoun (Kurt Russell), a third rate motorcycle daredevil and semi-reformed art thief, agrees to get back into the con game and pull off one final lucrative art theft with his untrustworthy brother, Nicky (Matt Dillon). Reassembling the old team, Crunch comes up with a plan to steal a priceless historical book, but the successful heist leads to another far riskier plan devised by Nicky. They fail to realize each other’s separate agendas when their plan goes awry in this con movie about honor, revenge and the bonds of brotherhood.
Written by
Production
User Reviews: "If you got no trust that what do you got?" Crunch (Russell) and Nicky (Dillon) are brothers and partners in crime. When a job goes bad and they are both caught only Crunch ends up doing time. When he gets out he tries to go straight and becomes a motorcycle daredevil. When he tires of crashing for a few hundred bucks he agrees to pull off one last heist with his old team. They only thing standing in their way of pulling off the perfect heist is trust. This movie was a great surprise for me. I knew nothing about this going in and I think that helped my enjoyment of it. The movie was super fun to watch, really funny with a smart plot. This is the closest heist movie to the Ocean’s series that has been made. Just like the Ocean’s series the heist itself is fun to watch and the pay off brings it over the top. This is the kind of movie you can’t say too much about without giving anything away but what I can say is watch this. One of the biggest surprises and funnest movies I have seen in a while. Overall, heist movie fans will love this…I did. I give this an A-.

Storyline:In the not-too-distant future, as a final response to terrorism and crime, the U.S. government plans to broadcast a signal making it impossible for anyone to knowingly commit unlawful acts.User Reviews: