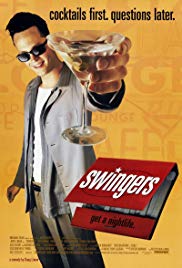 Storyline:
This is a story about Mike, a guy who left his girl in New York when he came to LA to be a star. It’s been six months since his girlfriend left him and he’s not doing so good. So, his pal and some other friends try and get him back in the social scene and forget about his 6 year relationship.
Written by
Kevin Gillease <[email protected]>
User Reviews: This is a hilarious film about nobodies claiming to be bigger than they ever will be!

Careers should also be good for the great Jon Favreau who is just a fantastically witty writer, Vince Vaughn who should get a headlining film and Ron Livingston who is still performing good roles.

I love the script in this film, the language is unique and the scenarios are superb… the sad fact is that there are hundreds of guys like Trent, Mike, Rob & Sue (played by Patrick Van Horn)

I urge everybody to watch this even though it might not be there cup of tea!