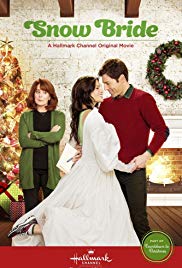 Storyline:
Greta Kaine (Katrina Law) is always in search of juicy gossip. As a tabloid reporter of gossip in Los Angeles, it’s her job to expose the rich and famous. So when word gets out that the late Senator Tannehill’s sons might be proposing marriage at the families Big Bear compound during Christmas, Greta and her chief rival Wes (Tom Lenk) are challenged by their old-school editor to get the scoop. There’s incentive to be the first, too — the editorship of the magazine’s new online incarnation. Greta’s assistant tells her that Wes has a head start to snowy Big Bear, so she dashes to the mountain resort. When she mistakenly ends up as a guest of the family, she’s in the middle of what could be her best story yet! However, she soon discovers that the family, including matriarch Maggie Tannenhill (Patricia Richardson) and caretaker Peters (Robert Curtis Brown) are more down-to-earth than she ever gave them credit for. Increasingly guilt-ridden about her game of subterfuge, Greta must make a …
Written by
earldanehart
User Reviews: One common plot device is what I call the hanging lie, or the looming lie. Well instead of her having one and him having one, in this case, Greta is part of both of them.

Of course the reveal ruins everything in Greta’s life, but there are a couple little twists yet to come.

Katrina Law is a talented actress and she does well in this movie. She and Jordan Belfi have some chemistry, although there is too much going on in the movie for them to spend enough screen time together to really sell it. Except for two people, all the supporting cast is good also. I suspect Susie Abromeit and the guy playing the boss did as they were directed, but I thought both were a little over the top and cliché in their parts. She was so transparent and he was more unreasonable than he had to be.

This movie did not exploit all the Christmas themes as much as most Hallmark Christmas movies do, so there was not so much of the heartwarming stuff I enjoy.

As I implied, I think this movie would have been better if they’d found a way for Katrina Law to show more of her talent and work it with Belfi more, but overall it was still enjoyable.