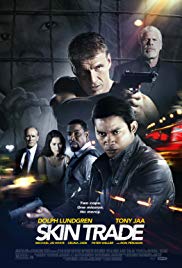 Storyline:
Nick, a tough NY cop, runs afoul of the Russian mob engaged in human trafficking, and they end up killing his wife and daughter for revenge. Determined to make them pay, he follows the kingpin to Bangkok, the hub of their activities. He teams up with a Thai detective and they decide to wipe out the entire organization and terminate their business entirely.
Written by
Anonymous
User Reviews: Obviously just going through the list of names should and will get people excited (who are into the action genre that is and know their favorites). Having Dolph "team up" with Tony Jaa is a great move. Though it doesn’t really matter which side of the law people are, based on the decisions they make during the course of the movie. Which also means, there is quite a bit of fighting ahead of you.

Ron Pearlman does a good job with his accent (playing a Serbian) and there is one particular fight scene (about 20 minutes before the movie ends) that is really good. But there are also cuts in the movie that seem to take note on the "jump cut" book, but don’t really work. The overall story is easy to tell, the core of it is something that unfortunately is happening all over the world.

Also Tony Jaas English performance was captured a lot better in Fast 7, there are some weird lines he has to deliver here (not convincingly then). Decently made then, but could’ve been better

Storyline:Three men on their way to monk-hood, don't realize the temple at which they will receive their ordination is cursed by the wrath of Pee Nak, a mythical giant snake.User Reviews: I actually signed up just to ...

Storyline:Though they've fulfilled their pledges, First and Balloon secretly leave monkhood so they can live secular lives but a new ghost starts haunting them.User Reviews: If you're looking for something funny for a...

Storyline:Haunted rock star, Adam Webb, plans to fulfill a vow; kill himself on his 37th birthday. With only 12 weeks to go before his expiration date (and release of his final album), he meets - and falls in love wit...

Storyline:A cook opens a restaurant that only serves from midnight till dawn. One day, he discovers an obituary urn. Follow the stories of his regulars tangled around this urn.User Reviews: Based on the manga series o...