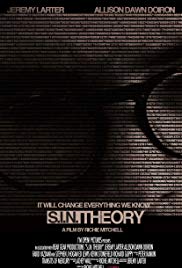 Storyline:
A mathematics professor ridiculed and fired from his university, uses illegal information in order to complete his groundbreaking work, an algorithm capable of predicting an individual’s future.
User Reviews: Without giving away too much, S.I.N. Theory is a lo-no-sci-fi about a mathematics professor who has discovered that the fate of people’s lives can be extrapolated using the history of their Social Insurance Number (SIN)…Social Security Number in the US. Of course once such a powerful tool is discovered, there will be competing ideas on how it should be used and the story expands from there. I take it this is the writer/director’s first foray into the sci-fi genre and for a fist go, he managed to come up with an engaging storyline. Everyone knows that we have to use our SIN/SSN for virtually everything, from credit cards to getting your cable TV hooked up; what is ultimately done with all of that info is always up for a good debate. I enjoyed the movie as a thought provoking flick while at no point trying to persuade the audience to the director’s point of view. I can see how some may disagree with the low-key pacing, but my only beef with the entire film is when the professor tried to prove to the female lead that his theory was correct by "predicting" things he saw on the street; that scene actually went against the premise of the movie where the theory predicted a person’s fate over their entire life span…not a day-day basis. Other than that, I tip my hat for pulling this off on such a tiny budget, and look forward to what he’s able to springboard onto next.

Storyline:Top star Lilico undergoes multiple cosmetic surgeries to her entire body. As her surgeries show side effect, Lilico makes the lives of those around her miserable as she tries to deal with her career and her ...

Storyline:After getting fired from his current job as a pilot and dumped by his current wife, he seeks to find a new job. Out of desperation on the job market he disguises himself as a woman in order to get a job from...