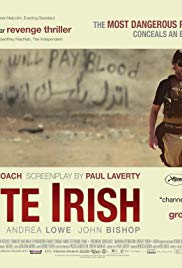 Storyline:
The story of a private security contractor in Iraq who rejected the official explanation of his friend’s death and sets out to discover the truth.
User Reviews: A very strong piece of cinema by Ken Loach, away from his usual social dramas, being this more a kind of war-thriller, but not lacking strong denunciation and great courage. The director uses his camera to denounce the crude reality of contractors behind the real stage of Iraqui war. We get to know the life of these contractors, once simply called mercenaries, working for private security firms, whose acting inside wars seem uncontrollable and out of every rule. Loach wants to display and manages to display things in an objective and cold way, regaining the right perspective, showing that although in a war context it is difficult to take the right perspective, there is always, if we want to be honest, a well-cut border between good and evil, good people and bad people, between right and wrong, and this is the most convincing point through the movie. It’s difficult to have a conscience with a gun or a bomb in your hands, but when innocent people are killed, and when your conscience prevails, one has to come to terms with it in some way, and the price to be paid may be very high. It’s a very harsh movie, it has the crudity of a documentary piece, in search for as much as verity, that’s why the more entertaining elements, such as the thriller one, and also the love between Fergus and Frank’s wife is treated in a cold way, as if love cannot side with such atrocities. Certainly a thought-provoking, very actual movie which again raises many questions and doubts about the legitimacy of a "just war".

Storyline:User Reviews: Reasonably entertaining Chinese "rom com" with a delectably pretty actress or two - depending on your taste. This movie doesn't aspire to much apart from light hearted entertainment a...