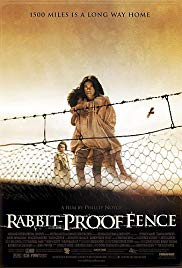 Storyline:
Western Australia, 1931. Government policy includes taking half-white, half-Aboriginal children from their Aboriginal mothers and sending them a thousand miles away to what amounts to indentured servitude, “to save them from themselves.” Molly, Daisy, and Grace (two sisters and a cousin who are fourteen, ten, and eight) arrive at their Gulag and promptly escape, under Molly’s lead. For several days they walk north, following a fence that keeps rabbits from settlements, eluding a native tracker and the regional constabulary. Their pursuers take orders from the government’s “Chief Protector of Aborigines”, A.O. Neville, blinded by Anglo-Christian certainty, evolutionary world view, and conventional wisdom. Can the girls survive?
Written by
<[email protected]>
User Reviews: In 1931, with the Aborigine Act in Australia, the Chief Protector of Aborigines in the State of Western Australia A.O. Neville (Kenneth Branagh) had the power to relocate half-caste children from their families to educational centers to give the culture of the white man. When the fourteen year-old aboriginal girl Molly Craig (Everlyn Sampi) is taken from her mother in Jigalong with her eight year-old sister Daisy Kadibill (Tianna Sansbury) and their ten year-old cousin Gracie Fields (Laura Monaghan) to the distant Moore River Native Center, they run away trying to return to the tribe in the desert. They are chased by the skilled tracker Moodoo (David Gulpilil) and the police under the command of Neville, and have to survive to their long journey back home.

"Rabbit-Proof Fence" discloses a shameful part of the Australia contemporary history when the white man tried to force a process of eugenism, following the true saga of three escapees from one "native center" to reach their families in the desert. The story has top-notch performances of the three girls in the lead roles, supported by magnificent direction, cast and screenplay and wonderful music score of Peter Gabriel. I have never read anything about this attempt of constructing a new world of the "civilised" white man that led the Aborigine people to the destruction of their identity, family life and culture during the so-called stolen generations. My vote is eight.

Storyline:A young couple on a romantic weekend in the Australian bush are terrorised by a psychopathic family.User Reviews: Nothing good to say about this one. Low budget, script, actors an special effects bought at W...

Storyline:Real estate developers descend upon a sleepy coastal Florida community with the promise of big money and bigger changes. Torn between honoring family obligations and the lure of quick cash, the locals greet ...

Undermined – Tales from the Kimberley (2018)

Storyline:Australia's vast and unspoiled Kimberley region is under threat, with mining, pastoralism and irrigated agriculture driving an unprecedented land grab. What will be left of over 200 remote Aboriginal communi...

Storyline:Paul is a photographer who runs into his first love, Anna in a busy Filipino market. The traveler's passions reignite, their principles on relationships, religion and morality clash. The night they spend tog...