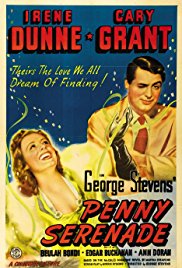 Storyline:
As Julie prepares to leave her husband Roger, she begins to play through a stack of recordings, each of which reminds her of events in their lives together. One of them is the song that was playing when she and Roger first met in a music store. Other songs remind her of their courtship, their marriage, their desire for a child, and the joys and sorrows that they have shared. A flood of memories comes back to her as she ponders their present problems and how they arose.
Written by
Snow Leopard
User Reviews: This weeper movie turns out to be a simplistic tale , however provides an enjoyable time . Nostalgic and sensitive picture with brooding drama , adequate cinematography and evocative musical score . Well thought movie in which the couple’s big dreams give way to a life full of unexpected sadness and unexpected joy .

Sensitive film which deals with interesting issues such as family life , couple relationship , sons , death and many other things . The story is plain and simple , nonetheless results to be a moving experience . It is a tearjerker about an agreeable couple who looks rather stiff and maudlin nowadays . This over-expended weepie flick relies heavily on the relationship between Gary Grant and Irene Dunne but this does not get bored or spoils the tale . Slightly overrated but excellent all the same time , the picture is enjoyable and entertaining , but overlong . The story is narrated with great sense and sensibility , the intelligent screenplay was written by Morrie Ryskind and based on a story by Martha Cheavens .

Sensational protagonist duo , Gary Grant is extraordinary , as usual , and Irene Dunne is magnificent . They don’t make’em like this anymore and no one plays Grant better tan Grant . Only these big stars like Grant and Dunne could play material like this . Irene Dunne often said that this was her favorite film because it reminded her of her own adopted daughter . This is third of three movies that paired Cary Grant and Irene Dunne. Support cast is frankly excellent such as Beulah Bondi as Miss Oliver , Ann Doran as Dotty ‘Dot’ and special mention to Edgar Buchanan as uncle Applejack Carney

Pleasant musical score by Frankie Herling , including some songs as leitmotif . One of them is the song that was playing when she and Roger first met in a music store. Other songs remind her of their courtship, their marriage, their desire for a child, and the joys and sorrows that they have shared. Atmospheric cinematography in black and White , though also available colorized . Cinematographer Franz Planer started the film but became seriously ill and had to withdraw , he was replaced by Joseph Walker. There are many of the versions of this film available on the market are either severely and usually badly edited and/or of extremely poor quality, having been duped from second- or third-generation or more copies of the film.

This stunning film with great sense and sensibility was compellingly directed by George Stevens ,considered to be one of the best American directors . He filmed all kind genres such as , drama : The diary of Anne Frank , A place in the sun , Giant , Alice Adams ; Comedy : Vivacious lady , Talk of the town ; Adventure : Gunga Din ; Western : Shane , Annie Oakley , and Historical : The greatest story ever told .