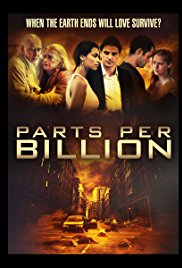 Storyline:
The interwoven stories of three couples which are forced to make life altering decisions in the face of a disastrous war. Inspired and sometimes blinded by their love, Len, Mia, Andy, Esther, Anna and Erik are as flawed and beautiful as any of the billions who are facing this human-made biological disaster.
Written by
Anonymous
User Reviews: But with a Whimper, that is how the world ends" So wrote TS Eliot. Spoiler Alert, some plot points revealed. I have seen many of the, "End of the World" scenarios played out, of late. This one takes a more intimate approach then many, closer in spirit to movies like, "Melancholia" which only hinted at the global repercussions. Three or more couples, journey to meet their fate. The cutting from past to present,to a possible future, is done seemingly randomly, As is the mixing and interweaving of each couples background recollections. It’s all here folks, the love and the tears, the hopes and the fears, only in the end to seem pathetic and meaningless. with the exception of the little girl shot, which if showing the future offers the possibility of redemption. Ultimately it did get wearisome, toward the end, even all the passionate embraces could not enliven. I am grateful for these independent films to hire senior actors,and younger actors too. There were a few touching moments, scenes well played, I liked the soap label scene, having had personally met Dr Bronner, of the "All One" persuasion. I thought the "sick boy" parable was creditable.

I suppose my biggest objection with, "Parts in a Billion" was the seeming haphazard editing. For example; We see a nurses body, and then we flashback to get the story of the nurse. Things like that made the events anti climatic. Not a good story telling device.

The actors took their parts in earnest, the film was capably shot, with good production values, The music was marginal, pared down to suit the action. last word, Yeah, it was a depressingly serious little movie.