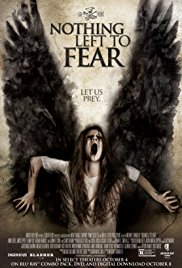 Storyline:
A family’s journey toward a better life is interrupted by an unstable man of the cloth.
User Reviews: This is probably a film would make a passable ‘first horror’ film for a teenager … however as a thirty something I found it dull, facile and utterly boring. If you like a film with some sort of pace – this is certainly not the film for you. It’s a shame as the cast seems promising and the premise is actually quite interesting. The main issue this film has is it is sloooooow to the point of being a cure for insomnia. I’m assuming the idea was to give the viewer plenty of ‘getting to know you’ room with the characters so we really really care about them, get invested in them. Yeah -that doesn’t happen here. All that happens is you find yourself watching the clock waiting to see how long it is before it ends. Adding to that is lacklustre cinematography, dull scripts and painful to watch teen led drama and all in all this film is a fail.

Storyline:After a plague of zombies invades a family's once-peaceful hometown, the havoc they wreak is deadly. Eyes of the Dead is a zombie thriller that immerses the audience in a pulse-pounding, innovative survival ...