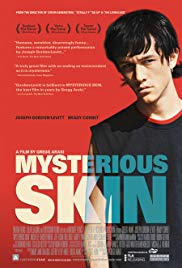 Storyline:
Brian Lackey is determined to discover what happened during an amnesia blackout when he was eight years old, and then later woke with a bloody nose. He believes he was abducted by aliens, and N. McCormick, a fellow player on Brian’s childhood baseball team, may be the key as to exactly what happened that night. As Brian searches for the truth and tries to track him down, Neil McCormick takes up hustling and moves to New York, in attempts to forget childhood memories that haunt him. Together, the two of them uncover the terrible truth of the scars they share.
Written by
Anonymous
User Reviews: Not since HAPPINESS has such a difficult subject been tackled head on! Without spoiling any of the film, I will just say that I was engrossed in the film, shocked at how far the director was able to go, and heartened by how many issues he was able to raise, and show so many possible effects of what the characters go through. There were so many situations in this film that I had never seen portrayed before, that this proves how much film-makers avoid so many issues.

A familiar, likable cast are taken deep into dark territory. I enjoyed all the performances and believed the characters, even though I had seen all the actors before on TV. The music is just wonderful – from the guy behind The Cocteau Twins – it adds to the dreamlike/nightmarish quality of the film. It’s unusual enough to add to the uniqueness of this film – it really is ground-breaking – and Robin Guthrie’s music/The Cocteau Twins haven’t been used before in movies (though you may have recognised Liz Fraser’s vocals in the last Lord of the Rings soundtrack).

This film impressed me the most in 2004 – I hope everyone gets a chance to see it!