Storyline:In war-torn London, Maurice Bendrix (Van Johnson) falls in love with neighbor Sarah Miles (Deborah Kerr). They begin an illicit romance behind Sarah's husband's back. While war does not last forever, neither...

Storyline:Famed American playwright Phillip Hannon is in London making revisions to his play currently running in the West End. He is doing this mundane work rather than write a new play since he has retreated from li...

Storyline:Charles Wills returns to Paris to reminisce about the life he led there after it was liberated. He worked then for "Stars and Stripes" when he met both Marion and Helen Ellswirth. He soon married and was hap...

Storyline:The story of the voyage of the "Mayflower" in its historic voyage across the Atlantic to the New World. The passenger list includes John Alden and Priscilla Mullins among those who made the 96-day storm-fill...

Storyline:A tribute to the U.S. 442nd Regimental Combat Team, formed in 1943 by Presidential permission with Japanese-American volunteers. We follow the training of a platoon under the rueful command of Lt. Mike Grays...

Storyline:Pete Sandidge, a daredevil bomber pilot, dies when he crashes his plane into a German aircraft carrier, leaving his devoted girlfriend, Dorinda, who is also a pilot, heartbroken. In heaven, Pete receives a n...

Storyline:When a US Naval captain shows signs of mental instability that jeopardizes the ship, the first officer relieves him of command and faces court martial for mutiny.User Reviews:

Storyline:War - In the last days of WW2, a German soldier named Kroner, leads a band of saboteurs on a mission to infiltrate the Allied troops. When his true identity is revealed, Kroner must make a choice; stay true ...

Storyline:In the wake of Pearl Harbor, a young lieutenant leaves his expectant wife to volunteer for a secret bombing mission which will take the war to the Japanese homeland.User Reviews:

Storyline:A group of environmentalists arrives at a faraway tropical delta where toxic waste is being dumped. However the water also hides a giant crocodile. The corrupt local officials don't help much either.User Rev...

Storyline:After his plane is downed in the South Pacific, a Navy flier recounts his life to a co-pilot while awaiting rescue.User Reviews:

Storyline:Americans Jeff and Tommy, hunting in Scotland, stumble upon a village - Brigadoon. They soon learn that the town appears once every 100 years in order to preserve its peace and special beauty. The citizens g... 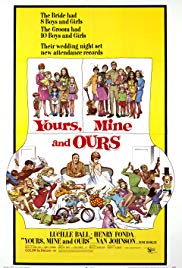 Storyline:When a widower with 10 children marries a widow with 8, can the 20 of them ever come together as one big happy family? From finding a house big enough for all of them and learning to make 18 school lunches, ... 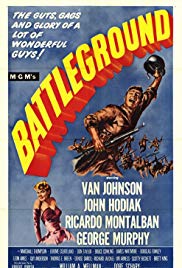 Storyline:We follow a band of American soldiers as they engage the Germans in a snowy, foggy winter near Bastogne in World War II. They're low on fuel, rations, and ammunition; the Germans are constantly encouraging t...