Storyline:During a handover to the head of counter-terrorism of MI5, Harry Pearce, a terrorist escapes custody. When Harry disappears soon after, his protégé is tasked with finding out what happened as an impending at...

Storyline:The story of the pioneering project to rehabilitate child survivors of the Holocaust on the shores of Lake Windermere.User Reviews:

Storyline:Get ready for a howling good time as an all new assortment of irresistible animal heroes are unleashed in this great family tail! In an unlikely alliance, the outrageous Waddlesworth... a parrot who thinks h...

Storyline:Princess Emmy has a secret gift she is the only one in the kingdom of Kandis who can speak to horses. She has a wonderful time with her best friends, a stable full of amazing horses. When her scheming cousin...

Storyline:Alan is a stylish tailor with moves as sharp as his suits. He has spent years searching tirelessly for his missing son Michael who stormed out over a game of Scrabble. With a body to identify and his family ... 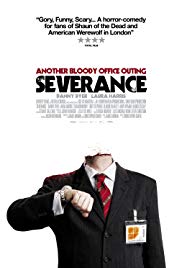 Storyline:A team-building weekend in the mountains of Eastern Europe goes horribly wrong for the sales division of the multi-national weapons company Palisade Defence when they become the victims of a group of crazed ...