Storyline:A filmmaker kidnaps the daughter of a movie star, and while the star searches for his daughter the director films the desperate search in real time for his next blockbuster movie.User Reviews: Fresh Unusual ...

Storyline:U.S.-based Roshan Mehra's mother, Fatima, is Muslim, while his dad is Hindu. When his ailing grandmother, Annapurna, wants to re-locate to Delhi to spend her last days, he accompanies her. Upon arrival, they...

Storyline:The true story of the "Flying Sikh" - world champion runner and Olympian Milkha Singh -- who overcame the massacre of his family, civil war during the India-Pakistan partition, and homelessness to become one...

Storyline:Neerja is a portrayal on the life of the courageous Neerja Bhanot, who sacrificed her life while protecting the lives of 359 passengers on the Pan Am flight 73 in 1986. The flight was hijacked by a terrorist... 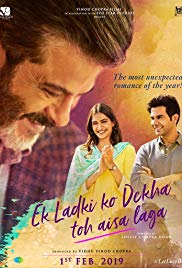 Storyline:Some love stories are not simple, Sweety's is one such story. She has to contend with her over-enthusiastic family that wants to get her married, a young writer who is completely smitten by her, a secret tha... 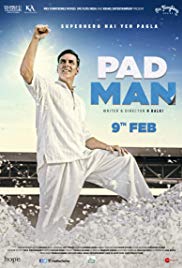 Storyline:Biography on Tamil Nadu activist Arunachalam Muruganantham, whose mission was to provide sanitary napkin's to poor women of rural areas. Who would use rag cloths or leaves during periods where use of sanitar...