Storyline:A story revolving around a dysfunctional family of 2 brothers who visit their family and discover that their parents marriage is on the verge of collapse,the family is undergoing a financial crunch and much ...

Storyline:Gaurav is on a mission to settle down. He is in the process of trying to charm Kavya into creating life with him and getting married. However, Kavya dreads the thought of taking the plunge and settling down....

Storyline:An Indian Army officer is compelled to chase down his protege when the latter turns rogue and threatens to disrupt the country’s government and army.User Reviews:

Storyline:Abhay Singh runs a syndicate of kidnapping greedy grooms, who demand dowry in Bihar’s Madhopur. He then, forcefully marries them off to the girl, calling it a ‘surprise party’. But when his childhood sweethe...

Storyline:Police officer Dev investigates a double murder case that has only two witnesses - an acclaimed writer Vikram and a young homemaker Maya, who also happen to be the prime suspects in the case. He finds himsel... 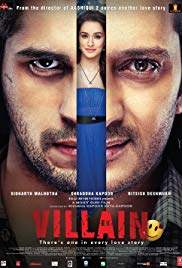