Storyline:Aspiring junior lifeguards compete against snobby local kids for bragging rights and the ultimate tower at Malibu Beach, Calif.User Reviews: Not actually terrible. That's not to say it's anything close to go...

Storyline:Kendall, James, Carlos and Logan head to London for their first big world tour, but instead get mixed up in a mission to save the world. With their bags switched at the airport, they inadvertently gain posse...

Storyline:Manny has moved to a new school, and it's not easy to fit in. After wishing he had more friends, Manny finds a mysterious collar and puts it on Rufus, the family dog. Suddenly, Rufus turns into a boy! Manny'...

Storyline:It's summer again, and everyone's favorite Junior Rescuers, The Flounders, are back at Tower 2. With the International Junior Rescue Championships headed to Southern California, the eyes of the entire planet...

Storyline:Four children try to claim that Santa Claus is real.User Reviews: It was pretty corny, but we watched it anyway. I guess for kids, and lonely adults it's cute.

Storyline:Rufus is a dog but turns into a human with a pendant. He meets a girl named Kat who asks him to go out. Kat is a cat who can also turn into a human as well.User Reviews:

Storyline:Get ready for the oddest summer yet! Timmy Turner and his fairies are going on a summer vacation to Hawaii. But, unfortunately for Timmy, something tells us this won’t be a very relaxing holiday. With all th...

Storyline:The television movie is set in the city of Dimmsdale and centers on the series' main protagonist Timmy Turner with his fairy godparents Cosmo and Wanda and his fairy godbrother Poof. In the movie, Timmy is n... 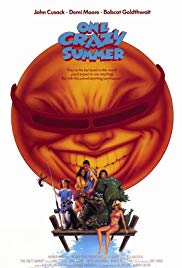 Storyline:With a name like Hoops McCann, he's bound to get that basketball scholarship after high school, right? Wrong! What Hoops really wants to do is write and illustrate a love story. To help him find his way, his... 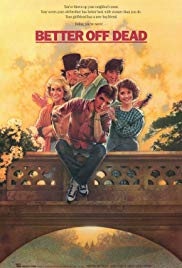 Storyline:The teenager Lane Meyer has a crush on his girlfriend Beth Truss. When Beth dumps him to stay with the successful skier Roy Stalin, Lane is depressed and decides to commit suicide. However he gives up and tr...