Storyline:In a fantasy world where magic is being superceded by technology, an orphaned teen discovers her destiny to become a dragonslayer.User Reviews:

Storyline:A talented fighter must save his beloved gym by training a gentle giant for a bare-knuckle fight.User Reviews:

Storyline:A surprisingly candid behind-the-scenes account of the career of Ken Loach, one of Britain’s most celebrated and controversial filmmakers, as he prepares to release his final major film I, Daniel Blake.User ... 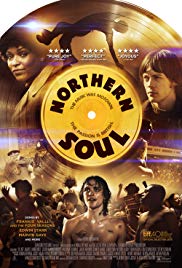 Storyline:'Northern Soul' is the story of a youth culture in the 1970s which changed a generation.It tells the tale of a nightclub based movement which developed in Northern England . The film is an authentic and upli...