Storyline:A Boston police officer goes to Nantucket to investigate the murder of his partner, but he finds more than he bargained for.User Reviews: 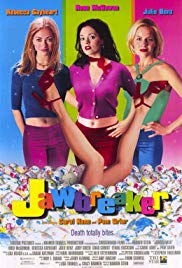 Storyline:In what was meant as a harmless birthday prank, three of Reagan High School's most popular girls, Julie, Marcie, and Courtney pretend to kidnap their friend, the latter shoving a jawbreaker into the victim's...