Storyline:Thamizh thug for hire in the city of Chennai who has no ties to anyone and will do any dirty work as long as the money as good. He meets a young girl named Shruthi and they fall in love. But there are two ob...

Storyline:Mumbai-based middle-classed Jhanvi, who lives with her widowed mother and younger brother, has three suitors. The first is much older and considerably overweight - Sonu Gates. The second is Police Inspector ...

Storyline:Chulbul this time has to take on a criminal named Balli Singh, who has disrupted other people's lives with his annoying antics.User Reviews:

Storyline:Rajkumar, an aimless youth, works for a drug baron and is sent to kill a rival dealer. His life is changed forever when he meets Chanda, and has no idea she is the adopted daughter of the man he is supposed ... 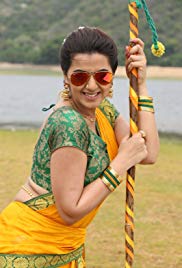 Storyline:Being the owner of a matrimonial company, Thiru has conducted plenty of marriages. The 100th marriage he is set to handle happens to be his own. Even though he and his beloved face a few setbacks but he is n...