Storyline:Baburao is a landlord in India, who is very near-sighted, and always in financial trouble. He has a tenant named Raja, who has not paid his rent for several months. He also has anther tenant named Shyam, who...

Storyline:Inspired by the book 'Simply Fly', the film tells the story of Nedumaaran Rajangam known to friends as Maara, the son of a teacher, who sets out to make the common man fly and takes on the most capital inten...

Storyline:Laholi is a small village in India whose inhabitants are poor, simple-minded, and are used to their lives being controlled by the dictatorial Landlord, Thakurain, and her brother, Baj Bahadur. Although Lilar...

Storyline:Inspired by the incredible true story of Lucky Singh, an extremely charismatic and fearless confidence man and thief who socialized with the rich, famous and influential of Delhi society and then proceeded t...

Storyline:Shyam and Makarand work as photographers in a commercial advertising agency. Both of them like to fool around with women, even though Makarand is engaged to be married to a doctor named Anjali. In order to o...

Storyline:A couple live a mediocre life and are thrilled to have won an exotic vacation to Fiji & their excitement increases when they get a chance to play "Tell all truth" game for a mind boggling prize money. Th...

Storyline:Siddarth falls head-over-heels in love with Meera but things take a risky turn when they get into a messy situation with a dangerous man.User Reviews:

Storyline:Firaaq is an Urdu word that means both separation and quest. The film is a work of fiction, based on a thousand stories. The story is set over a 24-hour period, one month after a campaign that took place in ...

Storyline:As if running a mall is not enough, Gaurav Rane has also to bail out his widower dad, Janardhan, as well as Madhav Mathur, several times from police custody on multiple counts of eve-teasing. Romance enters ...

Storyline:A young couple in London struggle to live with their estranged aunt and uncle, who overstay their welcome.User Reviews:

Storyline:When a gangster takes over the art of karate and causes unrest in a town, one man rises to fight against them.User Reviews:

Storyline:Rohit and wealthy Kiran Dayal meet each other and fall in love. They intend to marry, but Kiran's parents will not permit her to marry beneath her class. Kiran is adamant, and the marriage goes through witho...

Storyline:A struggling Gujarati businessman ventures into the world of China where he gets a brilliant business idea that could change his life forever.User Reviews:

Storyline:When U.S.-based Siddharth visits his Indian home town with his new wife, he insists they stay at the ancestral home, laughing off family members' warnings of ghostly goings-on in the mansion. But events soon...

Storyline:The film revolves around a Hindu man (Paresh Rawal) who goes through an identity crisis when he discovers he was adopted as a son in a Hindu family but was born in a Muslim family. The journey starts with fi...

Storyline:Journalist Roma Singh is the daughter of a jailer. While taking a tour of the jail, she is molested by some of the inmates, and an inmate, Vishal Agnihotri comes to her assistance. She finds out that Vishal ...

Storyline:The Police Commissioner, Advocate Sinha and Police Inspector Vikram Singh arrive at the Central Mental Hospital to speak with an inmate, Arun Saxena. They hope to get Vikram to befriend Arun so that they cou...

Storyline:Grouchy, uptight 64-year-old Buddhadev Gupta lives a fairly wealthy lifestyle in London, England, along with his widowed TV and wrestling-addicted mom. He is the owner of Spice 6, one of London's top restaur... 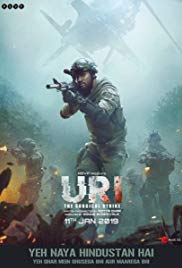 Storyline:Indian army special forces carry a covert operation, avenging the killing of fellow army men at their base by a terrorist group.User Reviews: Huge respect for our soldiers who put their life at risk and neut... 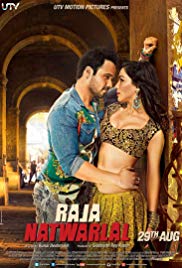 Storyline:A small-time con man seeks assistance from his mentor with the intention of settling scores with a gangster.User Reviews: I watched the trailer and knew that the movie will have something new to offer. The m...