Storyline:How far would decent human beings be willing to go, when tragedy blurs the line between just and unjust? With "A Second Chance", Susanne Bier and Anders Thomas Jensen have crafted another startling yet movin...

Storyline:Chief detective Carl Mørck and his assistant Assad become involved in a five-year-old case concerning the mystery of politician Merete Lynggaard's disappearance - a journey that takes them deep into the unde...

Storyline:Rugged and irritable Carl Morck (Nikolaj Lie Kaas) and his colleague, the Syria-born Assad, run the cold-case division of the Copenhagen police. After a desperate appeal to Morck about the unsolved killing o...

Storyline:Denmark, 2016. A blurred note is found in a bottle that has traveled across the ocean for a long time. After deciphering the cryptic note, Department Q members follow a sinister trail that leads them to inve...

Storyline:A poor young Scandinavian immigrant couple winds up in Canada in search of prosperity, but the hardship of the Great Depression takes a toll in a way they never feared when they went in search of the dream.U...

Storyline:An intent fast paced Danish dark comedy film about two separately motivated brothers who with their slightly psychopathic tendencies end up in a touchy situation. One brother gets in serious trouble after a ...

Storyline:Norway, 1204. A civil war between the birkebeiners —the king's men— and the baglers —supporters of the Norwegian aristocracy and the Church— ravages the country. Two men must protect a baby, the illegitimate... 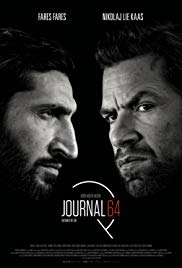 Storyline:Two workmen make an alarming discovery in an older Copenhagen apartment: hidden behind a false wall are three mummified corpses, sitting around a dining table with one empty seat left. The case quickly ends ...