Storyline:A New York sales manager is sent to the remote Scottish Highlands at Christmas to acquire a limited edition perfume from a dashing Earl preparing for his annual ball and falls in love instead.User Reviews: A...

Storyline:A serial killer walks the streets of Whitechapel, London, attacking and killing women, which later came to be known as the 'Whitechapel murders' stretching from 3 April 1888 to 13 February 1891 included in t...

Storyline:A shy teenage boy trying to escape the influence of his domineering mother, has his world changed when he begins to work for a retired actress.User Reviews:

Storyline:To mark the conclusion of their User Reviews:

Storyline:During 1962's Cuban missile crisis, a troubled math genius finds himself drafted to play in a U.S.-Soviet chess match -- and a deadly game of espionage.User Reviews:

Storyline:Directed by Christopher Menaul ('Summer in February', 'Fatherland) and written by Jenny Lecoat, Another Mother's Son tells the true story of Louisa Gould, a widow living in Nazi occupied Jersey who takes in ...

Storyline:In the wastelands of post-apocalyptic England, two young brothers turn to cannibalism to survive, only to fall for their prey, a teenage girl... and possibly the last female left alive.User Reviews:

Storyline:The dramatised story of the Irish civil rights protest march on January 30 1972 which ended in a massacre by British troops.User Reviews:

Storyline:A London man who loses his memory when he's struck by a falling object develops a way to reconstruct his past.User Reviews: 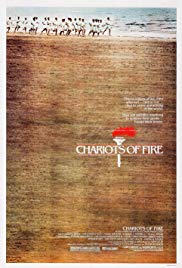 Storyline:It's the post-World War I era. Britons Harold Abrahams and Eric Liddell are both naturally gifted fast sprinters, but approach running and how it fits into their respective lives differently. The son of a Li...