Storyline:Ghoomketu is the story of an aspiring writer from a small town in U.P. His failed attempt to get a job at the local newspaper leaves him disappointed. His father is fed up with his 'good-for-nothing' son. He...

Storyline:Firaaq is an Urdu word that means both separation and quest. The film is a work of fiction, based on a thousand stories. The story is set over a 24-hour period, one month after a campaign that took place in ...

Storyline:A woman whose single purpose in life is to marry a foreign-settled groom decides to marry a 36-year-old Dubai-returned professional who is desperate for a bride.User Reviews:

Storyline:After his wife passes away trying to cross a mountain, Manjhi, out of sheer rage, sets on a quest to carve a road through the treacherous mountain.User Reviews:

Storyline:A cop, investigating the mysterious death of a filmstar, meets a sex-worker, while he faces some personal problems psychologically. The mystery connects these people in a way, that ultimately changes their l...

Storyline:A young mute girl from Pakistan loses herself in India with no way to head back. A devoted man with a magnanimous spirit undertakes the task to get her back to her motherland and unite her with her family.Us...

Storyline:Three couples who get separated from each other due to an evil ploy, reincarnate after 600 years and meet each other as history repeats itself again and their respective partners get mixed up this time.User ...

Storyline:Set in the early ’80s and ’90s in Gujarat, India, ‘Raees’ is a fictitious story of a crime lord named Raees, who builds an entire empire from scratch, and a police officer who is determined to bring him down...

Storyline:Jhunku, a 14-year-old youth in 1930s British Bangladesh, embarks on a journey to determine where he belongs.User Reviews:

Storyline:The bliss of a biology teacher’s family life in Delhi is shattered when her daughter, Arya is physically assaulted by Jagan and gang. Does Devki Sabarwal wait for the law to take its course? Or does Devki b...

Storyline:A mistaken delivery in Mumbai's famously efficient lunchbox delivery system (Mumbai's Dabbawallahs) connects a young housewife to a stranger in the dusk of his life. They build a fantasy world together throu... 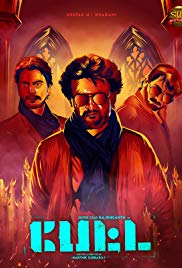 Storyline:Though he works as a hostel warden, there is more to Kaali than meets the eye. Things take an interesting turn when Kaali's path crosses with a group of dreaded gangsters.User Reviews: If you haven't watched... 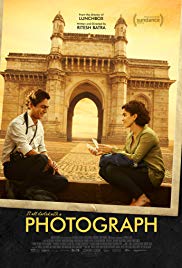 Storyline:Two lives intersect in Mumbai and go along together. A struggling street photographer, pressured to marry by his grandmother, convinces a shy stranger to pose as his fiancée. The pair develops a connection t... 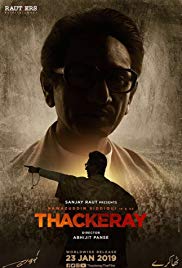 Storyline:Biographical account of Shiv Sena Supremo, Balasaheb Thackeray.User Reviews: Movie only have Nawaz excellence and he has delivered another mind blowing performance. I feel movie is justified to see only from...