Storyline:14-year-old Midori is the constantly abused chore girl for a freakshow. Things begin to change for her after a dwarf magician joins the freak show, but not always for the better.User Reviews:

Storyline:A high-school student Yoshiro has never got a spotlight in his life and spends his days aimlessly. What only shines in his life is a girl Sae at his school. Even if being completely disregarded by her, he st... 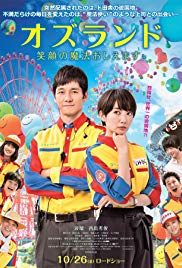 Storyline:Kurumi is hired at a high-end hotel, but is instead dispatched to work at fun fair that is connected to the business network. The new work is out in the country and there is not much else to do or places to ...