Storyline:A vicious man-made fire leaves the once idyllic suburb of Eternity reduced to rubble. Emerging from the ashes is Sloan, a housewife who spent months hidden alone in an underground bunker. Shocked by the fire... 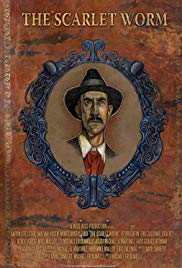 Storyline:A middle-aged hired gun named Print (Aaron Stielstra) is obsessed with having style and poetry to his assassinations. He has been working with loyalty for his boss, Mr. Paul (Montgomery Ford), for years. But...