Storyline:Strangers trapped at an eerie travel oasis in the desert must unravel the mystery behind their visions of dying people while they are preyed upon by a decaying creature.User Reviews: 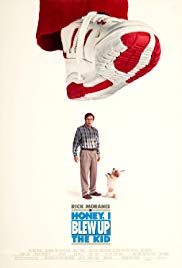 Storyline:Wayne Szalinski is at it again. But instead of shrinking things, he tries to make a machine that can make things grow. As in the first one, his machine isn't quite accurate. But when he brings Nick & his tod...