Storyline:A troubled loner, Bob Maconel, imagines blowing up the tower in Los Angeles where he works. He takes a revolver to his office intent on killing colleagues, and then himself. At home, he holds conversations w...

Storyline:Sanjhbati is the story of Sulekha, the lonely elderly woman facing difficulties with her crankiness. Director Leena Gangopadhyay has led us through various events of Sulekha's life involving her caretakers. ...

Storyline:Alone in her empty flat, from her window Anne observes the people passing by who nervously snatch up the personal belongings and pieces of furniture she has put out on the pavement. Her final gesture of taki...

Storyline:After his daughter died in a hit and run, Freddy Gale has waited six years for John Booth, the man responsible, to be released from prison. On the day of release, Gale visits Booth and announces that he will...

Storyline:After her partner breaks up with her on her 39th birthday, Gaby tackles her fears of loneliness as well as preconceptions of what it means for a woman to be single.User Reviews: I'm a bit surprised about the...

Storyline:A story revolving around a dysfunctional family of 2 brothers who visit their family and discover that their parents marriage is on the verge of collapse,the family is undergoing a financial crunch and much ...

Storyline:Tony's cantankerous funk - which he calls a superpower - is taking a toll on his co-workers. Meanwhile, a new writer starts at The Tambury Gazette.User Reviews: Ricky Gervais looks at bereavement in this dra...

Storyline:Beyond Mr. Conrad who attends to the allowance she receives through National Assistance, seventy-six year old Margaret Ross, who lives in a cluttered run-down flat, is emotionally all alone in the world. Her...

Storyline:Yiu-Fai and Po-Wing arrive in Argentina from Hong Kong and take to the road for a holiday. Something is wrong and their relationship goes adrift. A disillusioned Yiu-Fai starts working at a tango bar to save...

Storyline:The story evolves around the main character, Zhou Mo Wan who writes a novel about a mysterious train that leaves for a place called 2046 every once in a while. Everyone who boards that train has the same int...

Storyline:Famed but tormented artist Vincent van Gogh spends his final years in Arles, France, painting masterworks of the natural world that surrounds him.User Reviews: I get what _At Eternity's Gate_ was going for, ...

Storyline:A troubled teen crosses paths with a charismatic, dangerous stranger and it becomes the worst decision in both of their lives.User Reviews:

Storyline:Uzak/Distant chronicles the numbing loneliness, longing, and isolation in the lives of two men who are consumed by their own problems. Istanbul photographer Mahmut reluctantly receives his relative Yusuf, bu...

Storyline:A comedy centered on a has-been coach who is given a shot at redemption when he's asked to run his local high school's girls basketball teamUser Reviews:

Storyline:A bright, talented and lonely long-distance runner twists her ankle as she prepares for the Olympic Trials and must do something she's never done before: take a day off.User Reviews:

Storyline:For Shirin, being part of a perfect Persian family isn't easy. Acceptance eludes her from all sides: her family doesn't know she's bisexual, and her ex-girlfriend, Maxine, can't understand why she doesn't te...

Storyline:Depressed and jaded after being dumped by her married boyfriend, aging beauty Minnie Moore wonders if she'll ever find love. After shaggy-haired parking lot attendant Seymour Moskowitz comes to her defense ...

Storyline:Iris has a soul-deadening job as a quality-control worker watching boxes of matches go by on an assembly line all day. At night, she eats silently with her dour mother and stepfather. One weekend, wearing he...

Storyline:A boy, obsessed with comparing himself with those less fortunate, experiences a different life at the home of his aunt and uncle in 1959 Sweden.User Reviews:

Storyline:A popular and beautiful woman is forced into a loveless marriage with an older man to save her brother from an embezzlement charge.User Reviews: 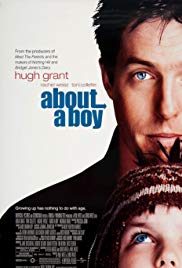 Storyline:Twelve year old Marcus Brewer lives with his chronically depressed single mother, Fiona Brewer. Both Fiona and Marcus beat to their own respective drummers. Marcus will do whatever he can to make his depress...