Storyline:A crooked cop, a mob boss and the young girl they abuse are the denizens of a city's criminal underworld. It's a world that ordinary Arthur Poppington doesn't understand and doesn't belong in, but is committ...

Storyline:A woman cooks for clients and tries to keep her thefts of food and money from being discovered.User Reviews:

Storyline:The year is 1938, and Mahatma Gandhi's groundbreaking philosophies are sweeping across India, but 8-year-old Chuyia, newly widowed, must go to live with other outcast widows on an ashram. Her presence transf... 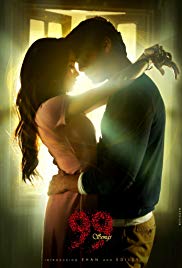 Storyline:The film is a sensual story about art and self-discovery of a struggling singer who wants to be a successful music composer.User Reviews: