Storyline:An all-star cast powers this epic look at American President Richard M. Nixon, a man carrying the fate of the world on his shoulders while battling the self-destructive demands from within. Spanning his trou...

Storyline:Sequel to 1973's That'll Be The Day. Jim McLain is now enjoying the nomadic 'gigs and groupies' life on tour with his band. When he achieves all his wildest dreams of international stardom, the sweet taste o...

Storyline:The ultimate disaster film parody. A nuclear powered bus is making it's maiden non-stop trip from New York to Denver. The journey is plagued by disasters due to the machinations of a mysterious group allied ... 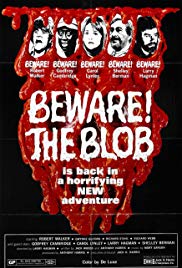 Storyline:A technician brings a frozen specimen of the original Blob back from the North Pole. When his wife accidentally defrosts the thing, it terrorizes the populace, including the local hippies, kittens, and bowle...